Antonio Llardén has been Chairman of Enagás since 2007. He currently is Chairman of the Foundation for Energy and Environmental Sustainability, which is composed by the most important companies of the Spanish energy sector, as well as being a member of the Forética’s Spanish Business Council for Sustainable Development, the Business Action Council of the CEOE, and the Foro de Dirigentes of the Business Leadership Forum. He belongs to the Board of Trustees of Real Instituto Elcano of International and Strategic Studies (H.M the King is the Chairman of Honour), Fundación de Estudios de Economía Aplicada, Fundación Princesa de Girona (H.R.H. the Princess of Asturias and of Girona is the Honorary President), Fundación Consejo España- Perú and Aspen Institute España. 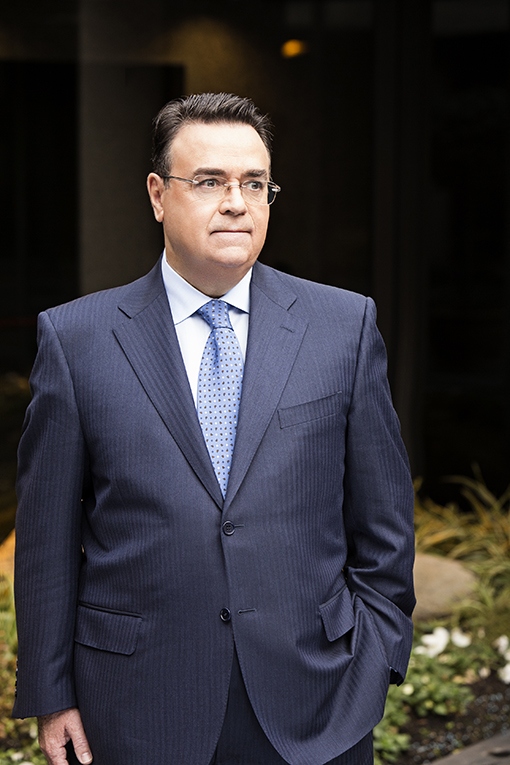 He is also at the Board of Trustees of Escuela Superior de Música Reina Sofía and is member of the Board of Protectors of Teatro Real.

He has a Master’s Degree in Industrial Engineering from Polytechnic University of Catalonia, Barcelona. He has a wide experience in business and has held different positions at the highest level in both the public and private sector, with special dedication to infrastructures and energy. Besides, he was President of the Governing Board of Sedigas, the Spanish Association for gas companies as well as member of the Governing Board of Eurogas, and of the Executive Committee of the International Gas Union (IGU). He has belonged to the Board of Directors of several Spanish companies. In 2007 he chaired the LNG World Congress that gathers the liquefied natural gas sector together every three years.

He also served as Dean of Colegio de Ingenieros. Furthermore, he was member of the Social Council of Universidad Autónoma of Barcelona and President of its Economics Commission.

Antonio Llardén is Knight of the National Order of the Legion of Honour of France, the highest award granted by France for eminent merits in service to the country.

He is currently guest professor for post-graduate courses at several Spanish and foreign universities and Business Schools. Antonio Llardén lives in Madrid with his wife.