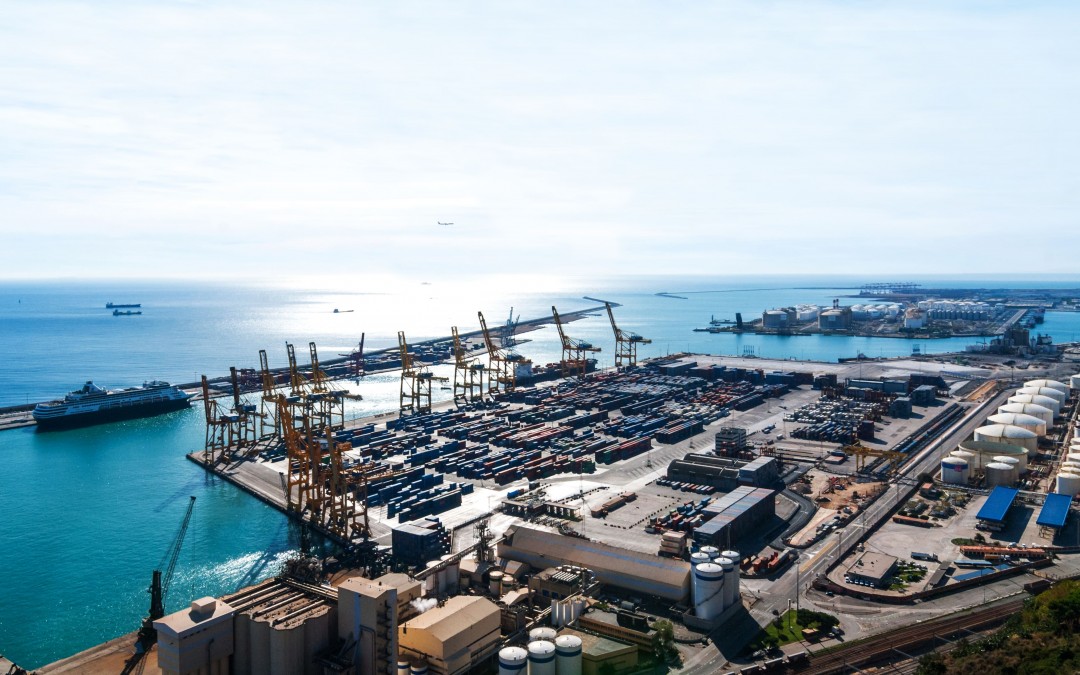 One of the biggest challenges we have as Spanish people is learning to tell people what we’re good at: ‘selling ourselves’ better. This is true both outwardly, so that people know what we’re doing, and inwardly, so that we ourselves are aware of all we’ve achieved.

Yes, we know that we live in one of the countries with the highest quality of life in the world. And yes, much of that comes from our weather, our culture, our history and our food. But it’s more than just that. We also have hundreds of major economic and technological achievements, many of which we would never have imagined a half-century ago.

Infrastructure is one example. Few countries around us can boast of the infrastructure network we enjoy here in Spain. It’s something we should value and take full advantage of.

We were thinking about this the other day at one of the launch events for the CORE LNGas hive project, an initiative that seeks to develop a secure, efficient, integrated logistics chain to supply liquefied natural gas (LNG) as a fuel to the Iberian transit sector, particularly in the maritime sphere. We want to transform our ports to make them into key centres for the transport revolution in our country. And once again, gas is a central part of this shift towards cleaner, safer and more sustainable energy consumption.

The project, coordinated by Enagás, is both a challenge and an opportunity. It has more than 40 partners in Spain and Portugal: public entities, port authorities, shipping companies, gas operators, etc. This isn’t a small question, but a fundamental issue that could change the shape of our ports in only a few months.

The goal, supported by the European Commission, is to promote and facilitate the use of gas as an alternative fuel for ships and in port areas. We have six operational regasification plants (Barcelona, Huelva, Cartagena, Bilbao, Sagunto and Mugardos), a seventh in Gijón is ready to start operating and in the Canary Islands, a project is underway to build yet another one in Tenerife.

For more than 45 years, the Iberian Peninsula has been one of the key centres of LNG logistics. Our geographical position also gives us an exceptional advantage: we are at a crossroads, a key centre of maritime navigation, a networked transport hub between America, Africa and Europe. It’s no surprise, then, that Spanish ports have received some of the highest marks of any for their capacity, facilities, employee technical knowledge and the technological development they offer their users.

On top of this, we now want to give gas a boost within the ‘National Action Framework for Alternative Energies in Transport’, which develops the necessary infrastructure to support LNG as a maritime fuel in Spain. The Barcelona, Bilbao, Cartagena, Huelva, Mugardos and Sagunto terminals are already being modified to offer bunkering services, in which small boats are loaded to provide LNG as fuel to other boats, in a commercial context and on a small scale, beginning next year.

In 2017, the first LNG loading from a terminal to a ship in Europe took place at Cartagena, and this year, the first ship-to-ship bunkering was performed in Bilbao. In addition, in Barcelona, the necessary improvement works to allow the terminal machinery and container transportation lorries to work with gas are being completed. These are key changes for improving air quality in port environments.

The idea is to be able to service some of the new ships that already use natural gas as a fuel, of which many more are currently under construction. We want to be leaders in the decarbonisation revolution that is transforming maritime transport and that is still only in its infancy. Our commitment to cleaner, cheaper energy that works with our goals in the battle against climate change can’t end on land: our seas will also be key in this transition to a more sustainable model.

In its 2015 report on global maritime transport, the UNCTAD (United Nations Conference on Trade and Development) re-affirmed its support for LNG as a more efficient way to achieve these ends, and gave everyone involved in these projects a little homework: ‘[T]he share of tonnage using LNG as fuel is increasing, and… this growth can be expected to continue in the longer term. The use of LNG as fuel will also depend on the installation of the corresponding bunkering infrastructure.’

We can see a preoccupation with this theme throughout the document, as well as the need for maritime transport to commit to changes in terms of fuel, pollution and energy efficiency. The main challenge lies in road transport. There, too, gas will play a key role, but maritime transport mustn’t be left behind.

That’s why its such good news that Spain is leading, promoting and getting 100% involved in this issue. It’s a challenge – almost an obligation – that our ports become the cleanest and most efficient in Europe by the beginning of the next decade, where we can service this new fleet that is more sustainable and respectful of the environment. The CORE LNGas Hive is a key commitment in this area.