The gas outlook in Latin America 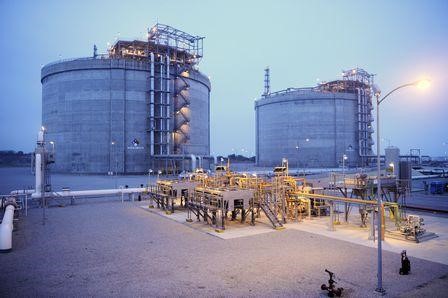 Latin America has always been one of the favourite destinations for investors but recently, its development and prospects have sent the region to the front of the queue of international interest. On 6 June this year, I had the opportunity to take part in the Assembly of Partners of the Latin American Business Council (CEAL), a forum in which, as executive chairman of Enagás, I discussed the business vision for this new cycle that is opening in Latin America.

In the area that I am involved with, which is trading in liquefied natural gas (LNG), there are good prospects for growth in demand for gas in Latin America until 2040: more than 2% per year, above the global average and at similar levels to the United States and India. These figures are supported by arguments such as growing industrial demand as a result of economic development, the need to increase the electricity generating capacity and environmental benefits associated with gas.

Enagás reached Latin America more than five years ago. Initially we chose Mexico as the base for our centre of operations, which have gradually extended into other markets such as Chile and Peru. Although other companies have added countries to their portfolio more quickly, the Company considers it is necessary to always grow prudently and invest in those countries that offer guarantees of stability and permanence.

Accordingly, we have set five basic criteria which will govern our investment strategies. The first, without doubt, is the core business: invest only in what we know how to do and what we do well. Second, reaching long-term agreements with solvent offtakers . In all its investments, Enagás has a strategic role as an industrial partner with participation in decision-making and management. Fourthly, partners, always with local companies with complementary capabilities. And, finally, return through stable and predictable cash flows.

Our first foray into Mexico began in September 2011 through our 40% stake in the TLA Altamira regasification plant. Later it was the Morelos gas pipeline project in which we have a 50% stake and later in the Soto de la Marina compression station which began operations in 2015. Mexico has become an essential enclave for the natural gas business because the Government’s new Five Year Plan expects investments in pipelines to reach US $ 10 billion by 2019 and has increased interest in imports by pipeline due to US influence.

In Chile, Enagás recently reached an agreement to increase its stake in GNL Quintero terminal to 40.4% Our interest in the country is further supported by its political and legal stability, macroeconomic soundness and the proper functioning of its institutions. There is also a tariff agreement between Chile and the European Union, and significant progress has been made in worker mobility, which benefits both regions.

In Peru, the company holds 25.98% of Transportadora de Gas del Peru (TgP) and 30% of the Compañía Operadora de Gas del Amazonas (Coga), responsible for the operation and maintenance of TgP’s transmission system. It is also a member of the winning consortium for the construction of the largest energy infrastructure in Latin America in recent years: the 1,134 km South Peru Gas Pipeline, which began construction in May 2015. This country is especially attractive for Spanish companies that already have 400 operations generating about 500,000 direct and indirect jobs.

In energy matters, the Peruvian Government’s National Plan forecasts that demand for gas will reach 35% of final energy and has set the National Gas Pipeline Network as a political priority. The greatest growth prospects in Latin America are in Peru, where gas demand is expected to be close to 6% until 2025. All of these considerations, plus the fact that Latin America has significant gas resources, have led to the region being one of the main focuses of our investment abroad.

For more information about our operations abroad, visit the Enagás website, which provides more details about each project.