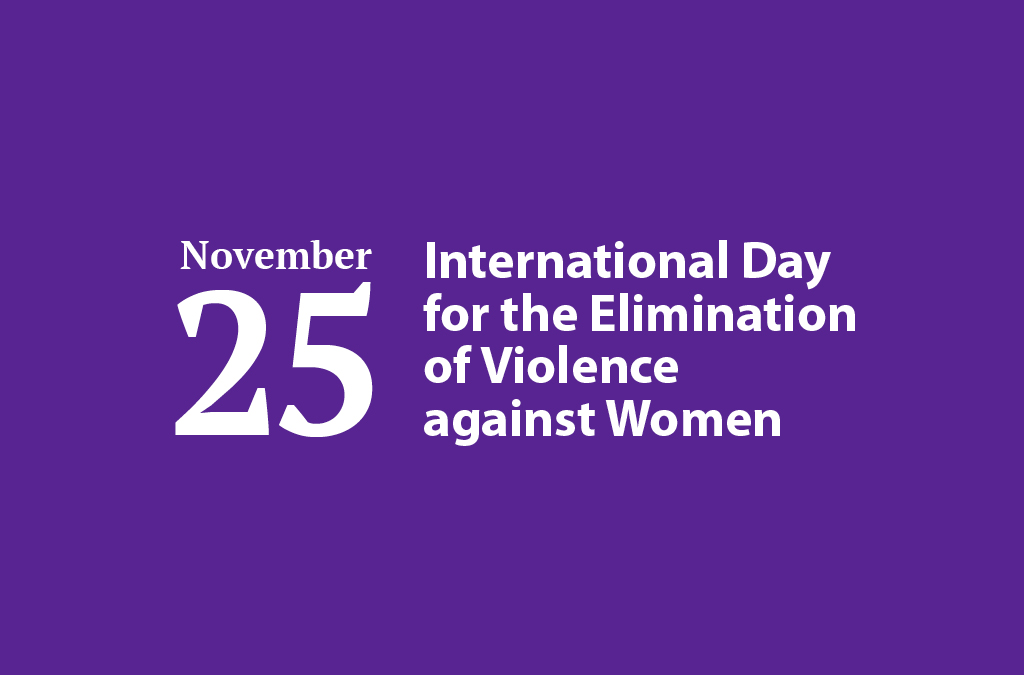 Today, 25 November, is the International Day for the Elimination of Violence against Women. As stated by UN Women, “to effectively combat gender-based violence, it is necessary to understand the issue”, what it is, where it comes from. Obviously I am not an authoritative voice or expert on this topic, but as a result of reading and reflecting on it, I want to share three ideas that seem relevant to me:

The first is to assume that violence against women is a serious structural problem to be eradicated by society as a whole. One of the key advances in the last two decades has been precisely this evolution of social perception: gender violence has ceased to be addressed as a matter that belongs to the private sphere and has become more visible.

The second is to understand that violence is more than purely physical behaviour. We are horrified by the man who murders his partner or a young man who beats his girlfriend, because these are explicitly violent acts. Which are the tip of the iceberg, because violence against women and girls takes a variety of forms, from sexual to psychological, some of them infinitely more subtle, even almost invisible.

The third and last idea is another myth to debunk: Female victims of gender-based violence do not necessarily correspond to a particular profile, neither psychologically nor socio-economically. Having university studies or a high social status does not prevent one from suffering mistreatment, and the shame of what people will say, which in many cases stops cases being reported, can affect all types of women equally. It is important to break stereotypes and not to stigmatise.

Of course, and in its multiple manifestations, gender-based violence against women can also occur in the workplace. And so companies have to be part of the solution. Not only for this reason, but also because a job – and the economic independence and self-esteem boost it can provide – is what allows many women to break out of the spiral of violence and rebuild their lives.

Growing numbers of companies are aware of and active in the fight against this social scourge and almost 130 companies have already adhered to the Network of Companies for a Society Free from Gender Violence, an initiative promoted by the Ministry of Equality, which Enagás joined in 2015.

Broadly speaking, how companies committed to gender equality, diversity and inclusion can contribute, and are contributing?

1. Ensuring that we are safe spaces, with zero tolerance for harassment and where discriminatory attitudes have no place.

2. Recruiting and/or contributing to the employability and social normalisation of women who have suffered gender violence. I am particularly proud that every year Enagás professionals give their time, knowledge and experience as volunteers to provide training workshops to women in particularly vulnerable situations, with sessions on motivation and communication; notions of employment law, accounting and taxation; how to write a good CV and first aid training.

3. Making it visible and raising awareness about this violence, a problem that is not an individual problem but a social one, a problem we cannot overlook and be complicit in with our silence. On the contrary, we can all contribute to change and that is the reason that has led me to publish this post.