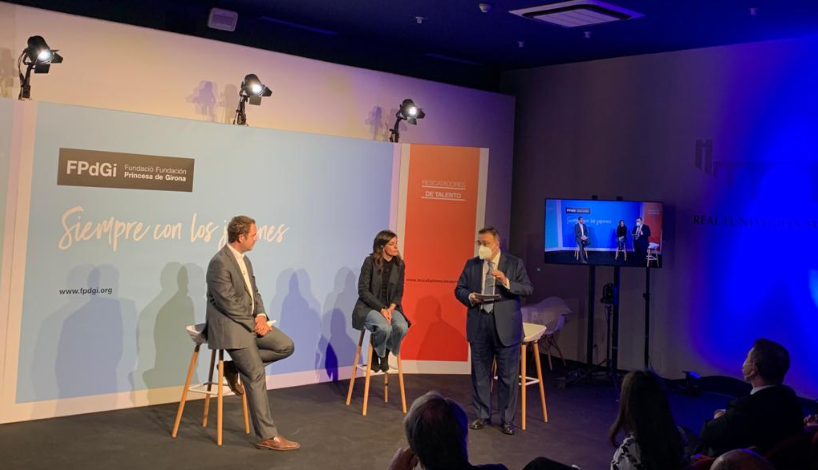 Over the last year, we have read and heard about a lot of stereotypes and negative prejudices regarding young people. However, the data and conclusions of the 2020 Youth in Spain Report prepared by the Institute of Youth (INJUVE) shows today’s young Spanish people are one of the generations with the greatest social commitment and one particularly involved with the environment and equality.

Yesterday, at the Princess of Girona Foundation Business Awards ceremony in Toledo, presided over by HM Queen Letizia, I had the good fortune to be able to speak with two splendid representatives of this committed and exemplary youth. It involved more listening than speaking, as they were the protagonists, as winners of this Business Award in previous editions. They have two very different profiles: Pepita Marín is the co-founder and CEO of We Are Knitters, a 100% online company in which she has managed to combine tradition and modernity, making knitting fashionable again and with a yearly turnover of 10 million euros. And Damià Tormo, the co-founder of Columbus Venture Partners, an investment management company focused on biotechnology and innovation in health sciences, combines a brilliant scientific career with that of entrepreneur, investor and philanthropist.

These two young people, who stand out both for their careers and their values, are a role model for young people and for society as a whole. And, as I explained to them, they are also shining examples for large companies, who can learn a lot from their agility, innovation, creativity and ability to adapt to change, which is sorely needed in this time of such worldwide uncertainty.

Here are two entrepreneurs who have triumphed in their respective fields and whose success has not kept them from voicing the demand for a more just society. Throughout our conversation, Damià argued that research and innovation were going to be key to facing the challenges ahead if we devoted our attention and the necessary resources to them. And Pepita, who particularly stressed the need for progress in gender equality, emphatically stated: “There is a significant socio-economic gap in the entrepreneurial world. You need a financial cushion to allow you to hold out for two years and see if there’s a place for your project.”

Meeting these two such talented professionals who are clear references was inspiring for everyone at this event. On several occasions in recent months I have shared my belief that we need to think about the young people and the uncertain future that lies ahead for them. And that we have to be able to offer them solutions to the high rate of youth unemployment, the insecure and temporary nature of jobs, and the difficulties they face in gaining independence, to mention a few of the problems that particularly affect them and that have worsened over the last year.

In this context, we should be highly appreciative of another of the main initiatives of the Princess of Girona Foundation, with which we at Enagás are pleased to collaborate: Talent Rescuers. This specific programme aims to improve the employability of young people and promote equal opportunities through training, mentoring and essentially connecting them with a network of benchmark companies in each sector.

Post-Covid reconstruction, European funds and social measures must serve to mitigate the impact of the pandemic on this generation, which is facing its second economic and social crisis. Let us support, guide and focus our attention on young people, giving them a voice in the debate about their own future, which is also the future of this country.