It’s “time for action” on climate, beyond COP25 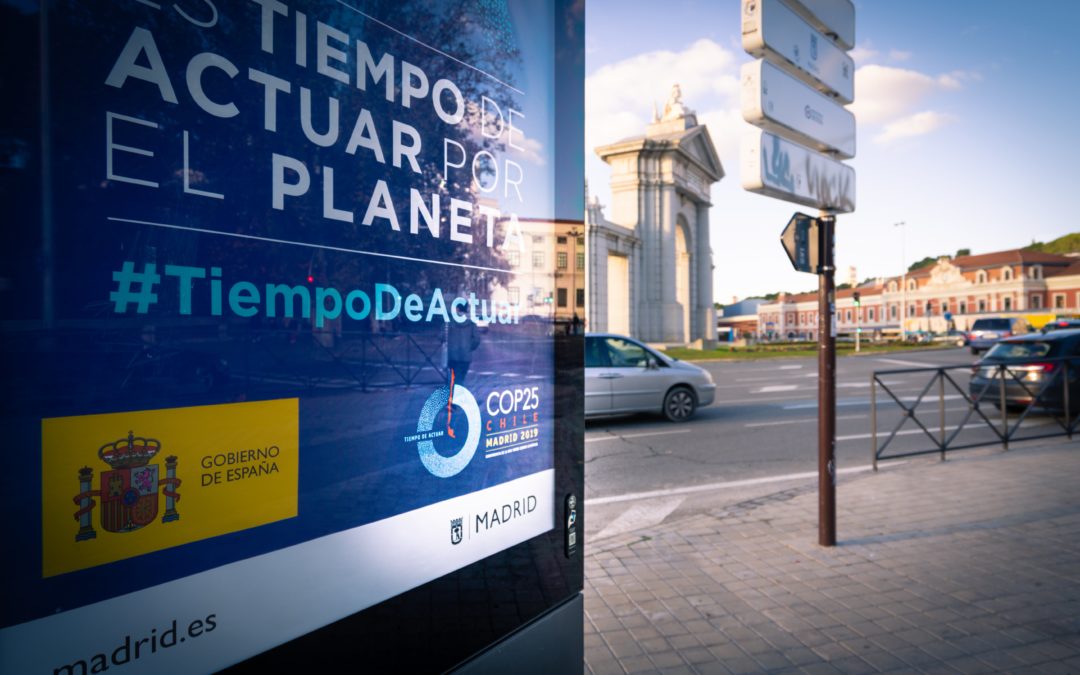 We are only days away from the entry into force of the Paris Agreement, which will replace the famous Kyoto Protocol in January. Its approval four years ago was a triumph of multilateralism and turned COP21, held in the French capital, into a historic climate summit.

The COP25 conference, chaired by Chile and held in Madrid thanks to the initiative of the Spanish government, focused on the need to raise climate ambition and, more specifically, on significantly increasing cuts in CO2 emissions — according to a recent UN report, they must be multiplied by five in order to comply with the Paris Agreement and halt global warming.

Now that COP25 has come to a close, and regardless of the results and commitments achieved, I would like to make a positive reading of some of the things that happened during those two weeks. The first, holding the summit can be seen as a success in its own right: the climate agenda continues to be promoted, and the event was an organisational achievement for Spain, projecting an excellent image of the country.

It also highlighted the role of the European Union, which aspires to demonstrate this climate ambition and to set an example for the international community. Firstly with a symbolic but very significant gesture, with Europe becoming the first continent to declare a global climate emergency three days before the start of the summit in Madrid. Also with the presentation of the European “Green Deal” within the first ten days of European Commission’s new governance. This Green Deal increases the CO2 emission reduction target from 40% to at least 50% and even 55% by 2030, a commitment that strengthens Europe’s leading position towards combatting climate change.

Another remarkable initiative has been the first-time participation of finance ministers and the presence of financial institutions, undoubtedly an important milestone; the role of civil society, which was more involved than ever in this summit; and the raising of consciousness, at least among Spanish society.

Personally, as a conclusion and as a way of moving forward, I take home the extremely appropriate COP25’s motto: is “time for action”. For action at every level. Governments, business and civil society must act. In the words of the Minister for Ecological Transition, Teresa Ribera, who has also played a key leadership role as facilitator at the summit, “neither action nor ambition related to the combat against climate change can be limited to what takes place within these walls”. There are many ways in which we can work for the future of the planet, and steps must be taken now. As a COP25 “climate organiser”, Enagás was given the opportunity to explain how are we facing this, through an active presence in different activities of the programme.

We were able to share how Enagás is promoting natural gas capacity to reduce CO2 emissions in different sessions held in the Blue Zone and the Green Zone. For example, in the transport sector, a key industry for decarbonisation that accounts for 25% of global emissions, liquefied natural gas (LNG) plays a key role as a sustainable fuel for maritime, rail and heavy vehicle mobility. Also in power generation, where natural gas is replacing coal and so preventing the emission of 12 million tonnes of CO2 into the atmosphere in 2019, the equivalent of what almost 5 million conventional passenger vehicles would emit during a year.

With our sights set on European Union’s 2050 climate neutrality objective, our main strategy for the future is new energies such as renewable gases. Last Tuesday, at an event organised by Enagás in COP25, we presented the potential of a key energy technology towards achieving a carbon-neutral future: the hydrogen. Together with experts from the Ministry of Industry, Trade and Tourism, the IDAE and the Hydrogen Foundation of Aragon, as well as our new subsidiary EnaGasRenovable, we explained how green hydrogen produced from renewable energies is a technological opportunity for Spain, given its privileged position and its great capacity to produce this source of energy on a large scale thanks to the country’s potential for producing wind and solar energy. This is a national and a European project, and an essential one if we are to meet the climate ambitions that the EU is proposing and hopes to transmit to more countries.

A new green roadmap for European growth for which, as European Commission Vice-President Frans Timmermans stressed, it is vital that all stakeholders are involved and that it becomes the path to a just transition, and that nobody is left behind.